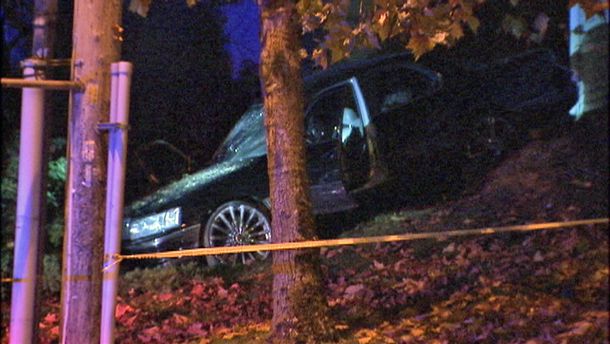 Just before midnight on Wednesday the 11th, a 1992 Lexus LS rammed into a utility box in Bellevue.

The car accident occurred near SE 60th St and 119th Ave SE. A woman was found dead at the scene, but the driver of the Lexus could not be located immediately following the accident. Police believe that he left the scene of the accident on foot.

Bellevue Police are not yet sure whether the deceased woman was a passenger in the Lexus or whether she was a pedestrian who was killed before or during the impact with the utility box. Her name has not yet been released to the public.

At 7:25 am this morning, Bellevue Police received a report that a man was seen covered in blood and wandering the area near the site of the crash. He was arrested after a struggle with officers and transported to Overlake Hospital for treatment of the injuries that he sustained in the crash. When he is medically cleared, he will be booked into King County Jail for an investigation into felony hit and run and vehicular homicide charges.

The suspect’s name has not yet been released to the public, as he has not yet been charged for these crimes pending the investigation. The police have not yet released a statement as to whether drugs or alcohol may have been a factor in this crime.

Whether or not the suspect is convicted for the crimes of vehicular homicide and felony hit and run, the unknown woman’s family may be able to recover damages in a wrongful death lawsuit against the driver who caused the accident. In addition to their grief over losing a loved one, this woman’s family may also be dealing with funeral expenses and the loss of her financial and emotional support. They shouldn’t be required to pay for this tragic death.