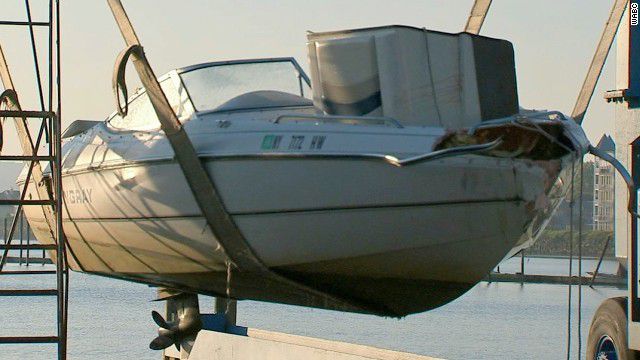 The Rockland County District Attorney’s Office in New York is looking carefully into the circumstances leading up to a fatal boat accident on the Hudson River that killed two people and left several more with significant injuries.

The boat was host to a wedding party that was celebrating just a couple of weeks before the actual wedding was scheduled. The bride-to-be and best man were thrown into the water after the recreational boat crashed into a barge. Authorities have discovered that the driver of the boat, identified as Jojo John, admitted to consuming a few alcoholic beverages before the crash occurred.

The boat passengers also admitted to consuming various alcoholic drinks throughout the evening, but they also said that the driver of the boat didn’t appear to be intoxicated.

In fact, the passengers and witnesses to the boat accident have presented another bit of information that may shed some light on the potential cause of the crash. According to multiple witness statements, nobody on board the boat saw the barge before the boat crashed into it. They explained that the lighting on the barges was extremely dim, and that the bright glare coming off of a nearby bridge made it difficult to see.

Barge Lighting May Have Been Inadequate

“What we want to talk about is the lighting on the bridge,” said the father of one of the victims. “You’ve got two anchor lights, one on each side of the barge. With the glare off the bridge, you can’t see it.” He added that, “the following day, (Gov. Andrew Cuomo) put lights on those barges, lighting it up like a Christmas tree 24 hours from when they got killed.”

The New York State Thruway Authority said that the lighting that was aboard the barge appeared to be functioning properly, but that the witness accounts were being investigated in addition to whether the boat driver may have been under the influence at the time of the crash.

The boat driver has been charged with vehicular homicide in relation to one of the deaths that resulted from the accident, but authorities say they could potentially be pursuing further charges. The investigation will clearly be a major factor in any future wrongful death litigation, because it will determine whether liability is placed on the boat driver or the entity responsible for providing adequate lighting on the barge.