Motorcyclist Killed in Collision with Pickup Truck in Auburn 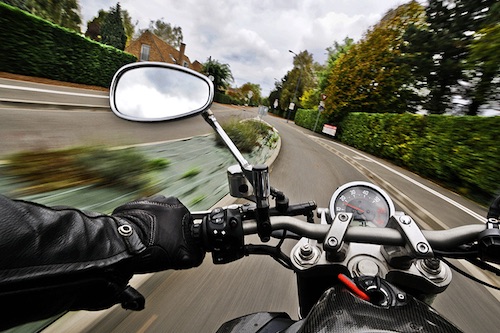 Police say a motorcyclist was killed Thursday night in a collision with a pickup truck in Auburn.

Police say a pickup truck was turning left in front of a motorcycle when the two collided. The motorcyclist died at the scene.

The surrounding streets were closed following the accident. The crash remains under police investigation.

Turning In Front of an Oncoming Motorcycle

When a vehicle turns in front of an oncoming motorcycle, the driver of the car is almost always found at fault.

Unfortunately, these accidents are extremely common.

According to the U.S. Department of Transportation’s National Highway Traffic Safety Administration, almost half of two-vehicle fatal motorcycle crashes involve a vehicle turning left while the motorcycle was going straight, passing, or overtaking the vehicle. Additionally, 36 percent of fatal accidents involving motorcycles involve a car making a left-hand turn in front of that motorcycle.

When a motorcyclist sees a potential left-turn accident unfolding, they have about 2 seconds to try and avoid the collision. The motorcyclist will likely slam on the brakes, which can potentially be dangerous.

If they apply the front brakes too hard, they could be thrown over the top of the bike. Applying the rear brakes opens them up for risk of wiping out and skidding across the pavement. Even if the braking is even, a straight-on collision usually occurs.

If you or a loved one was involved in a motorcycle accident, you need an experienced Washington state motorcycle accident lawyer to take on your case. Call Seattle-based Davis Law Group, P.S., today at (206) 727-4000 to speak with an attorney. You can also use the chat feature below or fill out the form on this page.

We take all injury cases on a contingency basis, which means that we don’t get paid unless we win the case for you.