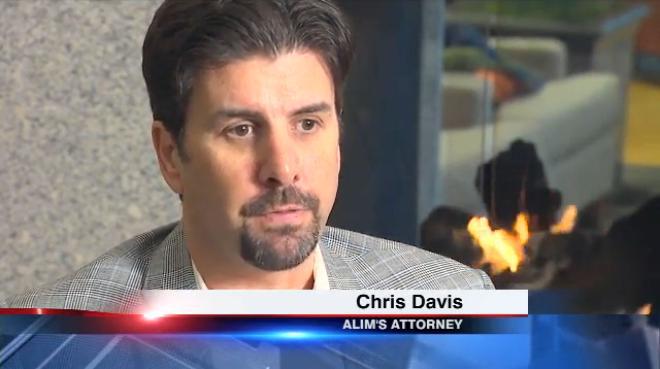 [SCROLL DOWN FOR VIDEO]

Davis Law Group founder and attorney Chris Davis was featured on a KOMO News segment February 20 to provide legal commentary about an accident case involving an elderly woman from Kent who is one of his current clients.

Labeeba Alim, now 81-years-old, was a passenger in a Northwest Transport vehicle en-route to a medical appointment in February of last year. Being an elderly woman, she had already suffered from a number of medical conditions for several years, but this particular trip made things even more problematic for Alim.

The vehicle transporting Alim, which was driven by an employee from Northwest Transport, arrived at the Talbot Medical Center in Renton that day for a routine medical appointment. But when the Northwest Transport employee began unloading Alim from the passenger van, she fell backward out of the vehicle and landed on the concrete and the employee fell on top of her.

According to the lawsuit filed on behalf of Alim, the employee forgot to set the mechanical lift that is designed to safely lower passengers onto the ground. The impact of falling to the ground left Alim with a brain injury and she is now bedridden.

“Simply forgetting to put the wheel chair ramp up when that is your job, day in and day out, is something I believe is inexcusable,” says Davis.

Since the accident occurred, Alim has been confined to a hospital bed with round-the-clock treatment from caregivers and relies on a feeding tube for food and medication. The brain injury left her with severe bleeding inside the skull, and she had to undergo a procedure to remove part of the skull in order to reduce the swelling.

The Washington personal injury lawyers Davis Law Group recently reached a agreement with Northwest Transport to settle Alim's case for $1 million, which will help to cover her medical bills and future care.