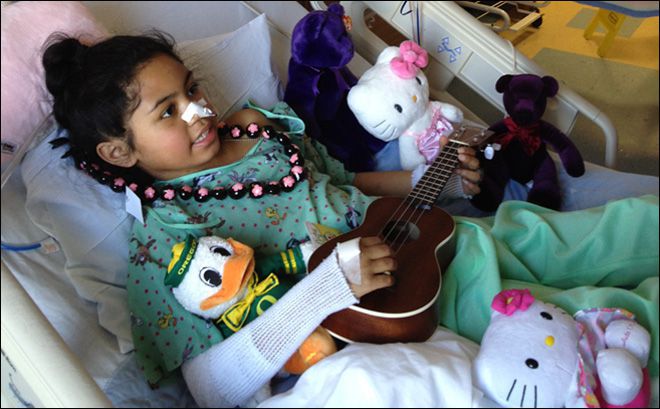 You may recall the story circulating earlier this year about Amina Bowman, the 9-year-old girl who was accidentally shot after a classmate brought a .45 caliber handgun to Bremerton's Armin Jahr Elementary school in his backpack. Amina was seriously injured in the incident but made a full recovery in April after months of hospitalization.

Now, Amina’s family has filed a lawsuit against the school district and the family of the boy who brought the handgun onto school grounds. According to the lawsuit, investigators at the boy’s home found an arsenal of weapons and ammunition at the house, including hollow point bullets.

The Bowman family’s attorney also said that the boy had previously been bullied at school, and classmates allegedly witnessed the boy discuss bringing a gun to school to defend himself. Nobody reported any of this to school administrators, and the family said the school district failed to put the adequate processes into place in order for the students to report what they had heard.

In addition, investigators discovered that the boy’s mother, Jamie Lee Chaffin, was prohibited from owning a firearm because she is a convicted felon. She pleaded guilty to two counts of unlawful possession of a firearm and prosecutors are recommending 14 months in prison for each count.

It is all too easy for a defenseless child to fall victim to the negligence, recklessness or malice of others. If your child has been injured in an accident, you may be entitled to financial compensation for injuries and reduced quality of life. Contact the Davis Law Group today at 206-727-4000 to schedule a free, no-obligation consultation.