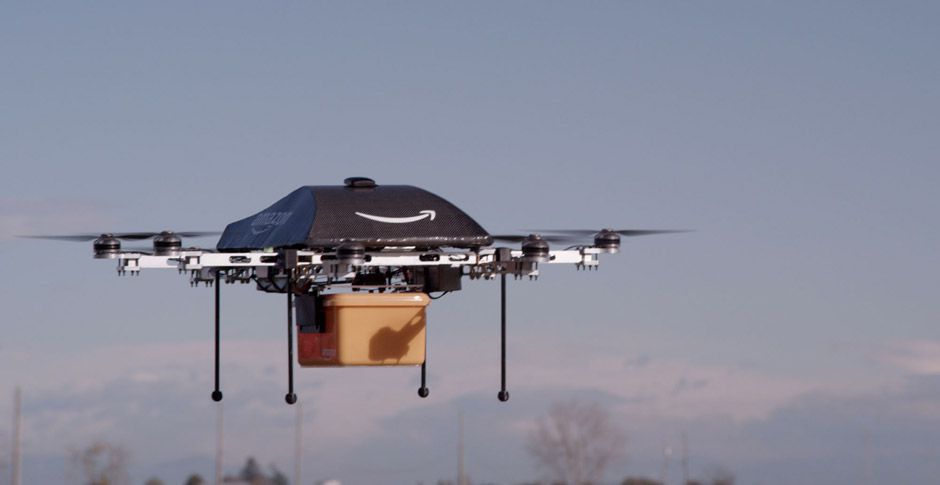 Amazon recently reached out to the Federal Aviation Administration (FAA) to ask politely for an exemption to the current ban on “small unmanned aircraft systems” or sUAS (an acronym that somehow makes this request read more like a mathematical equation) so that they can ready Prime Air for market.

Jeff Bezos announced Prime Air over 18 months ago. The service is Amazon’s beyond-the-bleeding-edge product delivery system that hopes to be able to send customers products weighing less than 5 pounds in 30 or fewer minutes via helicopter-like robots. The Amazon CEO genuinely seems like he wants to live in Tony Stark’s America.

Finding a public use for drones would significantly transform the modern-day United States (hopefully faster than drone delivery is altering China). Amazon’s request claims Prime Air “advances Congress’s goal of getting commercial sUAS flying in the United States safely and soon.” Over a hundred years have passed since Ford’s Model T regenerated America’s conception of travel, and now Amazon might elevate transportation again by delivering goods through “Flight G” airspace, an area between the ground and 1200 feet that hasn’t been monetized (except by certain visionaries within the kite community). But basic governmental blocks must be removed first.

Currently Amazon can only test Prime Air drones in 6 FAA approved drone fields across the country, but development is proceeding. “It would be an unreasonable burden on both the FAA and Amazon,” the letter states, “if we were required to apply for a special airworthiness certificate for every sUAS design or testing configuration while we are in R&D and conducting rapid prototyping.”

What if a Bystander is Injured by a Delivery Drone?

The letter goes to great length to describe why the company’s internal regulations allow for both greater advancement and greater safety—the drones, for one, would only be flown on special Amazon owned and controlled sites, and would feature a dedicated system (described as “physically separate” from other control systems—presumably to prevent tampering) should an operator lose the ability to control his sUAS.

But the letter’s tone acknowledges why the state would hesitate to affirm a company that wants to build bulldog-sized machines capable of flying to the top of the Smith Tower.

Prime Air is still within the prototype phase. It won’t be generally available for at least 36 more months. The chances that one of these crafts would affect a non-Amazon aligned citizen are relatively minimal. Amazon, after all, is not OsCorp (Jeff Bezos said when he announced the program, “this can’t land on somebody’s head.”).

If one of these drones causes personal injury to an innocent bystander, however, that person would likely benefit from seeking the counsel of a personal injury lawyer with experience representing victims of accidents caused by corporations.