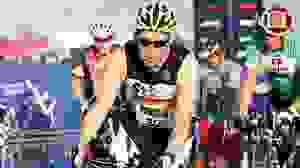 Jon Cryer, the actor known for his role in the hit television show “Two and a Half Men,” was recently injured in a bicycle accident during a triathlon in Malibu.

According to gossip news site TMZ, the actor was participating in a triathlon in the Malibu area when he lost control of his bike during a high-speed portion of the race. He fell onto the pavement and skidded approximately 15 feet on the concrete while wearing thin bicyclist’s clothing. Cryer did not break any bones in the incident but managed to scrape a significant amount of his skin.

Interestingly enough, Cryer told TMZ that he heard his bike helmet crack when he hit the ground. The actor says he believes that the helmet saved his life and prevented significant head injuries because of the extensive injuries and impact from the bicycle accident.

The award-winning personal injury attorneys at the Davis Law Group have successfully negotiated countless injury claims for bicycle accident victims in Washington State. If you were injured in a bicycle crash and would like to schedule a free consultation with an attorney, call the Davis Law Group at 206-727-4000 today.