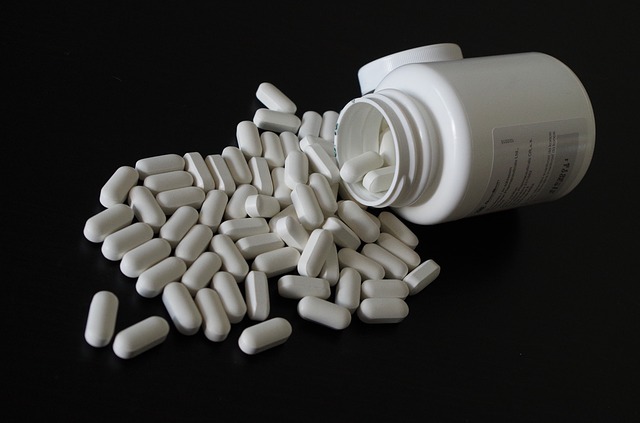 According to a report from the National Safety Council, 136,000 people in the United States died in accidents in 2014. That’s the highest number of accidental deaths on record—an increase of 4.2 percent from 2013, and 15.5 percent from the early 2000s.

What’s causing the spike in accident deaths? Motor vehicles aren’t to blame. Although 35,398 people died in motor vehicle accidents in 2014, that number actually has fallen from a high of more than 53,000 in 1980. Far fewer teenagers and young adults have died on the road in recent years. While Ken Kolosh, statistics manager for the National Safety Council, points to distractions from cell phones as a new hazard on the road since the 1980s, a number of safety improvements including graduated licenses for teenagers and safer vehicles have reduced overall deaths on the road.

The number of deaths from falls has spiked, going from less than 10,000 in 1992 to nearly 32,000 in 2014. The elderly are at particularly high risk of falls and more likely to die from falling; America’s aging population and increasing lifespans mean that the country’s elderly population is growing.

The leading cause of accidental deaths is now overdose and accidental poisoning, which killed 42,000 people, a quadruple increase since 1998. The primary cause: America’s opioid epidemic. The U.S. Department of Health and Human Services estimates that 44 people die per day in America from overdoses of prescription drugs, most of which are opioids. Additional deaths are caused by overdoses of heroin and other strong narcotics that opioid addicts often graduate to when prescription medications become too expensive or too difficult to obtain. More than three out of five drug overdose deaths involve an opioid. 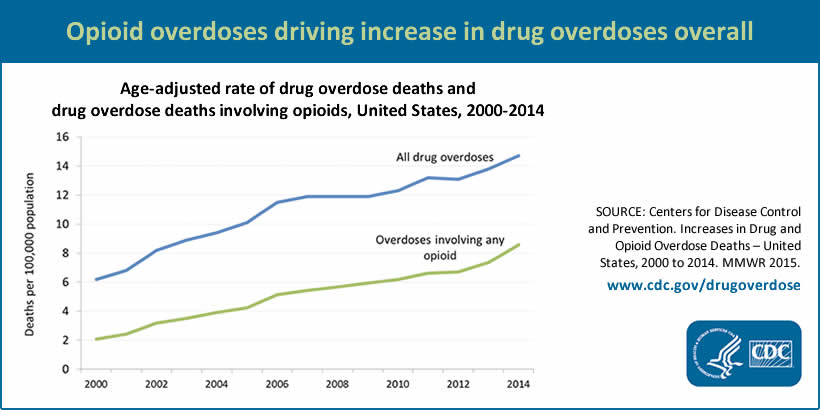 What makes opioids so dangerous? They’re powerfully addictive drugs, to the point that addicts who get clean are at massively high risk of relapsing. In one study, 91% of addicts who went through a residential treatment service and detoxification program reported a relapse, and nearly 60% of those relapses happened within the first week. Pure opioids most commonly kill by respiratory compromise—they prevent an overdose victim from breathing normally. An opioid addict’s tolerance for the drug can change dramatically over time, and if an addict who has undergone detoxification takes a dosage that they were previously accustomed to, they are at high risk of overdosing. When opioid drugs are bought on the street, they may also be cut with other toxins.

What can the country do about the problem? Experts are divided. Treatments such as methadone maintenance can keep addicts from getting too high to function and keep them away from the unpredictable dosages and additives of street drugs, but many addicts find that available methadone clinics are too far away from where they live or difficult to get into. Naltrexone is an opioid antagonist that prevents addicts from feeling high or overdosing, but it can be difficult to convince patients to stay on the drug. Some researchers believe that health care providers need to stop overprescribing opioid painkillers; overprescription by well-meaning doctors or negligent “pull mills” makes it too easy for addicts to overdose and can create new addicts who get hooked on pills they never needed in the first place.