People May Crash Their Bikes While Riding On Solar Panels

Normally, in order to crash your bike on a solar panel you would have to be sponsored by a pretty interesting energy company at the X-games, but starting tomorrow if you can afford a ticket to the Netherlands anyone can crash their bike while riding on a solar panel. 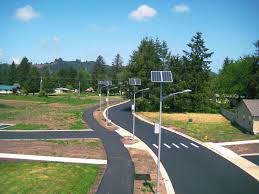 Tomorrow a bike lane between two Dutch suburbs will be opened that also will serve as a functional solar panel. The efficiency of the lane is questionable as it only captures a third of the energy rooftop cells would collect and is much more likely to be rendered nonfunctional because of the dirt and grime that can accumulate on its ground-level surface.

The solution the company behind these solar panels is implementing is to slightly tilt these pathways like you would "fix" a game of pinball.

Breaking Down Cost and Benefit

And like that game of pinball, these solar panels aren't likely to count for much. At full capacity these solar bike lanes will capture enough power to fuel three homes. The bike lane will be less than 300 feet, but it will cost over 3.7 million dollars to install. This is a nightmare for people who believe that alternative energy sources are necessary to combat climate change.

The alternate spin on this highly technological bike lane is one, it shows how durable these devices have become and, two, that it is studded with sensors. Sensors that will help analyze bike lane use, traffic patterns, and number of accidents. Rudimentary, high-capital investments like these are what help fuel progress.

So what starts out as a solar panel disguised as a bike lane, Treehugger writer Lloyd Alter points out, could become an early alert system for bicycle crashes or even in the case of car accidents, a method to selectively light parts of a road that are in use, or, eventually, a mechanism for powering vehicles while they move along certain roadways. 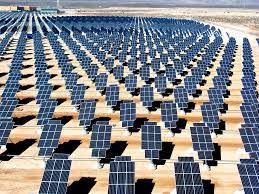