8 Hospitalized in 12-Car Crash in Tukwila 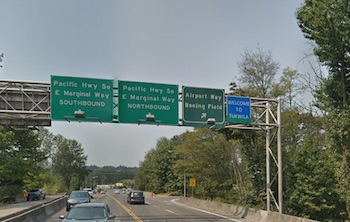 A massive pileup crash Monday night in Tukwila sent eight people to the hospital, according to officials.

The incident occurred around 8:30 p.m. along the Boeing Access Road just west of Interstate 5.

A dozen cars were involved in the crash. At least one car landed on its top and firefighters had to work to free the driver.

A total of eight people were injured and taken to Harborview Medical Center in Seattle. One was listed in critical condition and another in serious condition.

Police are investigating the cause of the crash.

Pileup Crashes are a Tangled Mess

In crashes like the one described above, determining fault is rarely easy. The driver whose actions started the pileup bears much of the responsibility for the crash, but it’s possible that other drivers’ actions made things worse after it began.

For example, say a semi truck rear-ended another vehicle to begin a crash. While several vehicles are initially involved, a second semi traveling too fast for conditions slams into the pileup, making things worse. In that scenario, both semi trucks would be at-fault to some degree.

Knowing that, it may be possible for all the drivers in a pileup to be liable. Law enforcement officers will take notes and conduct interviews to recreate the scene. They’ll try to position each car at the time of the collision, determine the actions of the drivers, factor in the weather and environment, and establish fault and issue citations if necessary.

Additionally, insurance adjusters may form their own version of the events to protect themselves for liability. For that reason, having an attorney on your side to conduct your own investigation may be the key to recovering fair and reasonable compensation.

If you or a loved one has been involved in a pileup or any other form of car accident, contact the legal team at Seattle-based Davis Law Group. Our attorneys have the qualifications, experience, and financial resources to investigate your case and get you the compensation you deserve.

Please call us today at (206) 727-4000 or use the contact form to receive a free case evaluation regarding your case.