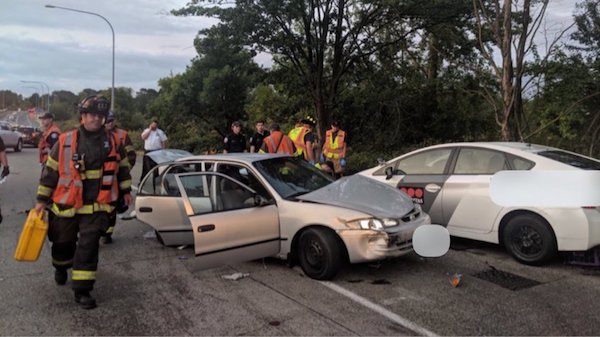 A total of 14 individuals were involved in the incident, which occurred near the Boeing Access Road around 5:40 a.m.

The WSP release states the following:

The 61-year-old Kent man driving vehicle one was injured and taken to Harborview Medical Center. He was charged with vehicular assault and driving under the influence.

The driver of vehicle three was a 43-year-old Kent man. He was also injured in the collision and transported to Harborview.

The other drivers and passengers in vehicles four, five, six and seven were not injured.

Pileup accidents, also known as chain-reaction crashes, involve multiple vehicles and can be a nightmare to deal with. If you have suffered injuries in one of these incidents, it may be smart to consult with an experienced car accident attorney.

Determining fault in a pileup accident is difficult, and it takes the right attorney to be able to sort out negligence issues and handling all the potential insurance issues.

You need to make sure you are protected after these accidents. Don’t hesitate to contact a lawyer today.

For a free case evaluation with an attorney at Seattle-based Davis Law Group, P.S., call (206) 727-4000. You can also fill out the form on this page or use the chat feature below