The Davis Law Group has a proud history of tenaciously fighting for our clients but did you know that plaintiff lawyers improve the lives of people they don't represent in court?  Here are five ways your life has been improved, somewhere in history, by a personal injury lawyer: 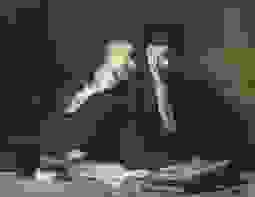 A generation ago the average person on the street would associate Ralph Nader with seat belts. The safety advocate released Unsafe At Any Speed in 1966, based on the legal theories of Harold Katz, which submitted that a vehicle's design could influence the number of accidents that model of car was involved with and how severely the travelers within were hurt. Because of Nader's crusade seatbelts, which used to be as common as seat warmers are today, were required by all manufacturers.

Air bags weren't implemented in passenger cars until the mid-1970s even though the technology existed in the early 1950s. This is largely because of the safety campaigns waged by personal injury advocates.

In order to protect truck drivers and the drivers moving alongside them, progressive attorneys instituted the first fatigue ban on truckers in the United States in 1935. The bans limited the hours that a trucker could be on the road, allowing them to get the sleep necessary to properly pilot their massive vehicles. Since then more regulations have helped improve the health of truck drivers and drivers of smaller vehicles.

Davis Law Group has already written about how hands-free texting poses a risk to drivers, but without plaintiff attorneys the National Highway Traffic Safety Administration might never have released research from 2003 that showed drivers using hands free cellphones are just as vulnerable to distraction as drivers with phones in their hands.

The name of this improvement might sound strange, but it's truly great! If you get hurt in an accident (even if you caused it), your auto insurance company has a small safety net ready to help you cover any medical bills, lost wages, or interruption of essential services. And, in Washington state, the only way you don't have this type of helpful insurance is if you deny it in writing. That's what they call a nudge (and why it helps you every day: thankfully no one gets into an auto accident each day, but you get this specific subtype of insurance whenever you buy car insurance).