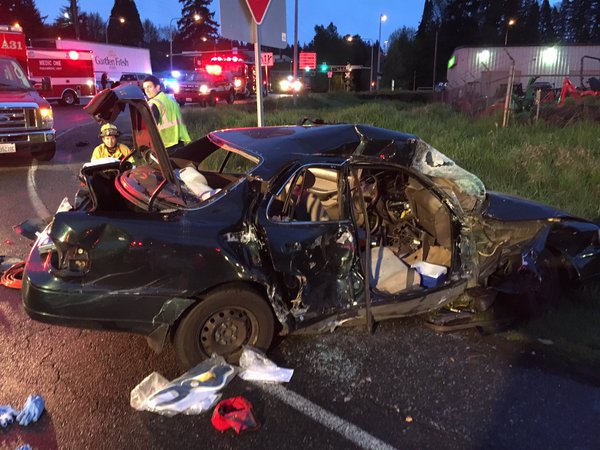 Three people were injured in Woodinville, Washington today in a crash involving two cars and a semi truck. At least one car rolled over during the crash. Two people were transported to Harborview Hospital in Seattle with serious injuries, and a third with less severe injuries received treatment at EvergreenHealth.

NE 195th St was closed surrounding the scene of the accident for two hours while emergency responders investigated and cleared debris from the road. The cause of the crash is still under investigation, and police have not told reporters whether or not they believe drugs or alcohol were a factor in the collision.

Legal questions after a crash involving a semi truck

The initial investigation period is crucial after a semi-truck accident, especially when severe injuries are involved. Trucking companies may send private investigators or attorneys to the scene of the accident to conduct their own inquiry into the facts of the accident. Because damages can be so high in these cases, trucking companies have a strong incentive to fiercely defend claims.

If someone has been injured in a trucking accident and the truck driver was at fault, they need to start collecting information early. Questions an investigator working on behalf of an injured plaintiff might ask include:

Get Legal Help After A Trucking Crash

The award-winning trucking accident attorneys at Davis Law Group can help you understand your legal rights and options after a serious crash, including whether it makes sense for you to hire a lawyer to handle your case. Hiring the right attorney to represent you in a commercial vehicle accident case is crucial to a successful outcome.