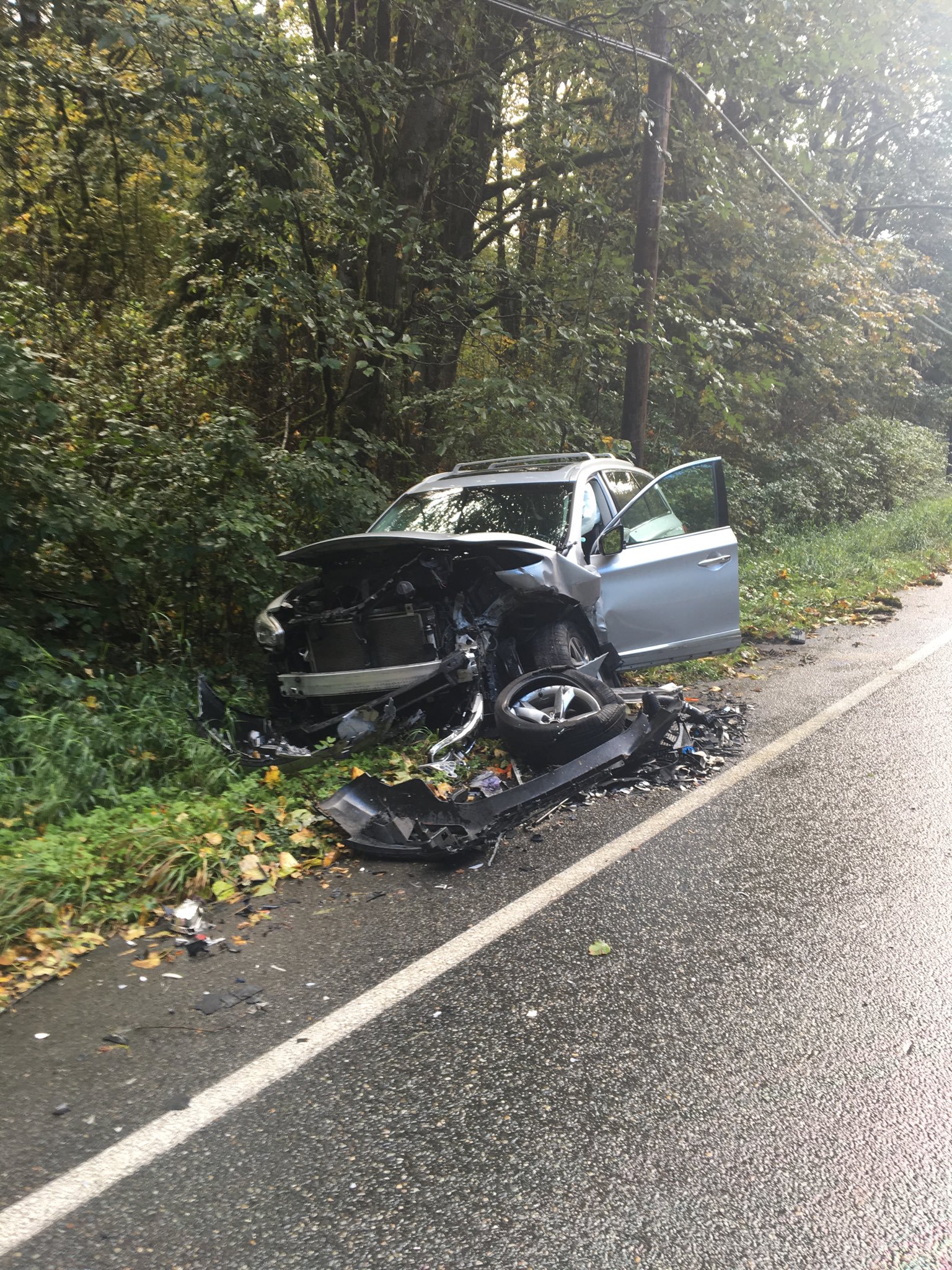 A driver has a broken wrist and cuts to the face after a hit and run in Issaquah Thursday morning.

The hit and run driver fled the scene on foot Thursday morning leaving behind 3 damaged vehicles and at least one driver with serious injuries.

The accident occurred before noon on Thursday on Sr-900 near 109th St and shut down the section of road going into the afternoon while state troopers conducted their investigation.

According to Washington State Patrol Trooper Rick Johnson, a 33-year-old man suspected of being the offending driver, was arrested in Bellevue just a few hours after the crash.

#Update. 33 year old male arrested at a residence in Bellevue for investigation of Felony Hit and Run and DUI. Thanks @BvuePD for the help!! Suspect will be medically cleared at the hospital and booked into the King County Jail.

The trooper also noted in a tweet that investigation includes potential felony DUI.

DUI and Hit and Run Accidents.

Drivers involved in an accident typically know to do several things, including pull over, call 911, make sure everyone is okay and inspect the damage to the vehicles and people involved while exchanging information.

When a driver decides to flee the scene of a crash, whether it involves serious injuries or not, it is a felony and robs the other drivers involved of their ability to properly go about this process.

If a hit and run driver is not found, injured drivers and even drivers who simply have property damage are left without resources to claim a recovery.

Uninsured/ Under insured Motorist Coverage, or UIM for short, is crucial for drivers in these situations as it offers them an avenue outside of their own personal coverage to recover additional damages they are due.

With the driver caught, there is the opportunity to pursue a recovery with their insurance before having to make a claim with their own UIM or personal coverage.

As local authorities complete their investigation on the scene Thursday afternoon, details from the police report will begin to make clear the events that lead up to the crashes, and provide valuable evidence for drivers claims, but evidence and tracking of each drivers individual damages as a result of the accident are just as crucial.

A professional experienced team of drunk driving and car accident lawyers like the team at Davis Law Group can work with accident victims to track and manage every stage of their recovery process to ensure the most complete financial recovery possible with insurance companies.

If you or a loved one were injured in a car accident, you can call 206-727-4000 or use the chat or contact functions on this page to request a free consultation with our team who can help guide and relieve stress and pressure for accident victims.