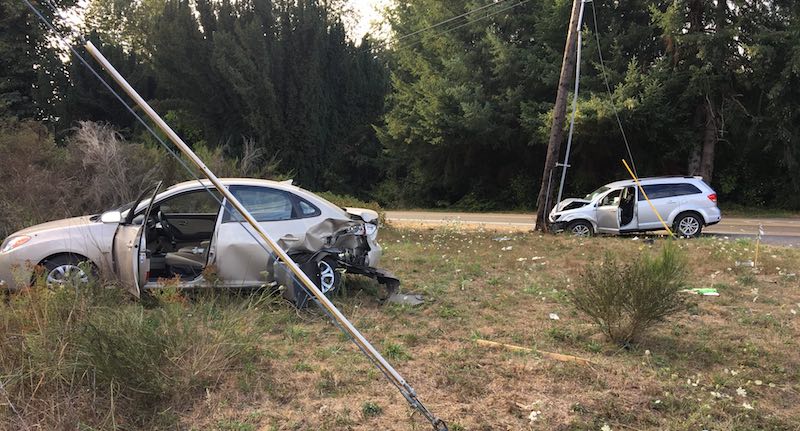 Two people were injured in a three-car suspected DUI crash near Tumwater on Wednesday afternoon, according to the Washington State Patrol.

A 33-year-old Olympia woman was driving northbound on SR 121 when her Dodge Journey crossed the center line. The Journey struck a Ford F150 pickup, then went on to hit a Hyundai Elantra. The Journey continued on until it hit a utility pole.

The driver of the Journey was also taken to St. Peter Hospital. She was later booked into Thurston County Jail on suspicion of DUI and faces a vehicular assault charge.

How Damages are Calculated in Drunk Driving Cases

In personal injury legal cases, there are two kinds of damages:

These type of cases might also include what’s known as punitive damages, which punish the defendant for extreme neglect or bad behavior. Washington state does not have punitive damages.

If you or a loved one is in a car accident and the causing driver was under the influence of alcohol or drugs, speak with an attorney right away.

A personal injury lawyer that handles drunk driving accidents will fight to ensure you receive the compensation you deserve. Contact the experienced attorneys at Seattle-based Davis Law Group, P.S., to schedule a free, no-obligation case evaluation. Call us anytime at (206) 727-4000, use the chat feature below or fill out the confidential contact form on this page