Legal Questions In 23-Vehicle-Accident On Interstate 5 in Mt. Vernon, WA 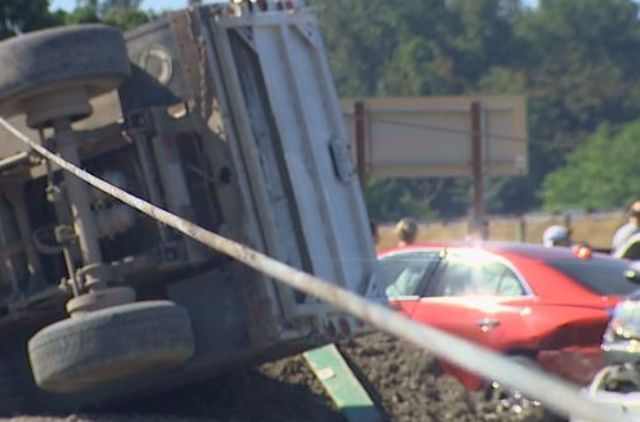 A northbound semi-truck crossed the I-5 median and drove into oncoming traffic in the southbound lanes on Saturday around 8:45 AM near exit 224. Traffic was backed up due to an investigation into a drive-by shooter that happened hours earlier. Many southbound cars were hit and/or went off the highway to avoid a collision.

Local media outlets are reporting the semi-truck driver may have suffered a medical emergency, which could have serious implications for the victims of the accident. A "medical emergency" defense could prevent an injured driver from recovering any compensation for damage caused by the collision.

In one trucking accident case that the Davis Law Group handled, the driver passed out and hit our client, causing our client life-threatening injuries. The passed out motorist claimed a medical emergency. But a review of the motorist's prior medical records showed that he was repeatedly warned by his doctor of his "diabetic condition" and that it could cause low blood sugar, which in turn could lead to dizziness and loss of consciousness. As a result of this information, We were successful in getting the "medical emergency" defense thrown out by the judge.

As is the case with any accident involving a semi truck, an investigation needs to ask:

If you are pursuing a claim against the semi-truck driver and/or his employer trucking company, you also need to understand that most insurance companies will have their lawyers and accident reconstruction experts travel to the scene on the day of the collision!  The insurers begin immediately to start preparing their defense on behalf of their trucking company clients. Most people that have been seriously injured in a trucking accident should hire their own attorney as soon as possible to protect their rights and preserve the value of the claim.

According to a 2010 U.S. Government Accountability Office study, nearly 600,000 commercial truck drivers have some sort of dangerous medical condition but are still allowed to drive commercial semi-trucks. The Federal Motor Carrier Safety Administration (FMCSA) has strict guidelines and regulations for the fitness of truckers. All commercial truck drivers must be medically certified.  Despite the fact that the FMCSA is becoming more and more serious about keeping potentially dangerous truckers off of the road, drivers with serious medical conditions are still on the road.

This is a serious public safety issues. The trucking companies need to be held accountable when their unsafe drivers cause accidents.

If you or a loved one has been injured in an accident with a semi-truck or other commercial vehicle, call the award-winning personal injury lawyers at Davis Law Group to learn more about your legal rights and options after an accident.