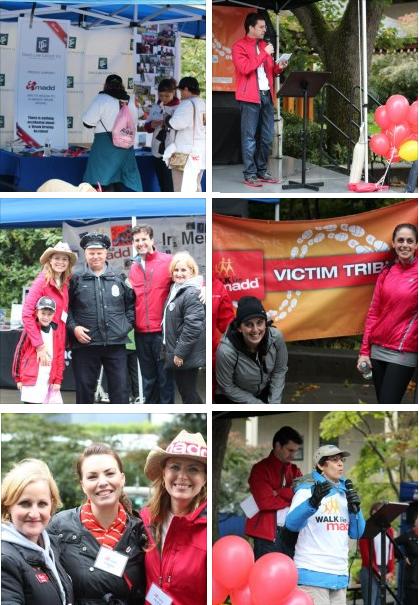 Thank you to everyone who helped make 'Walk Like MADD' a huge success!

Davis Law Group was one of the presenting sponsors of the second annual 'Walk Like MADD' in Washington State that took place on Saturday, October 13 at Seattle Center. There were 300+ walkers, raising over $32,000.  For the second year in a row Davis Law Group won the award for being the corporate walk team that raised the most money.

As a sponsor Chris had an opportunity to address the walkers.  Unlike some of the other sponsor law firms, rather than using his turn at the microphone to promote his law firm, Chris used the opportunity to thank the legal professionals that are on the front line of drunk driving accident cases in Washington State.

CHRIS DAVIS: “I don’t want today’s sponsor comments to turn into ads for our businesses.  That is not why we are here and it’s not why we support Mothers Against Drunk Driving.  We are here because we want to help MADD eliminate drunk driving.  We are here because we believe there is nothing accidental about a 'drunk driving accident'.  Drunk driving is 100% preventable!!  I would like to recognize the legal professionals that bring drunk drivers to justice and put them behind bars!

Chris asked the crowd to join him in thanking:

Chris also called Amy Freedhiem to join him on the stage and she talked to the attendees about the strides that have been made to stop drunk driving in Washington over the last year.  She also urged the crowd to continue doing everything possible to help strengthen laws and raise awareness. 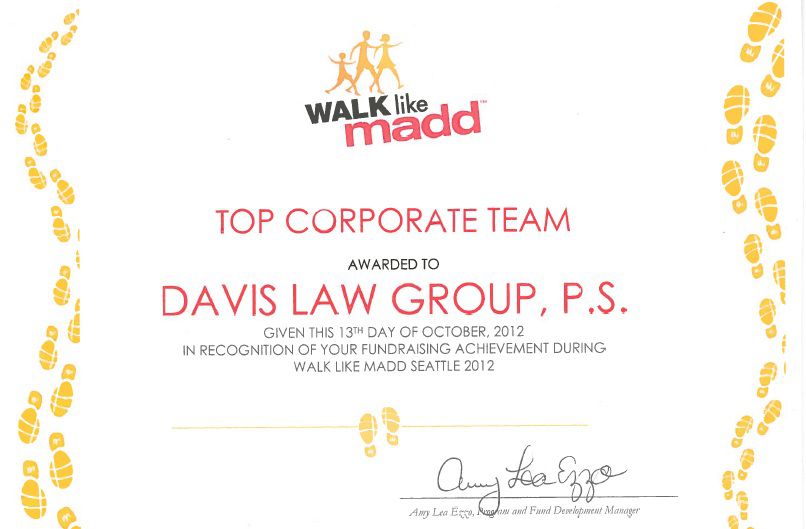