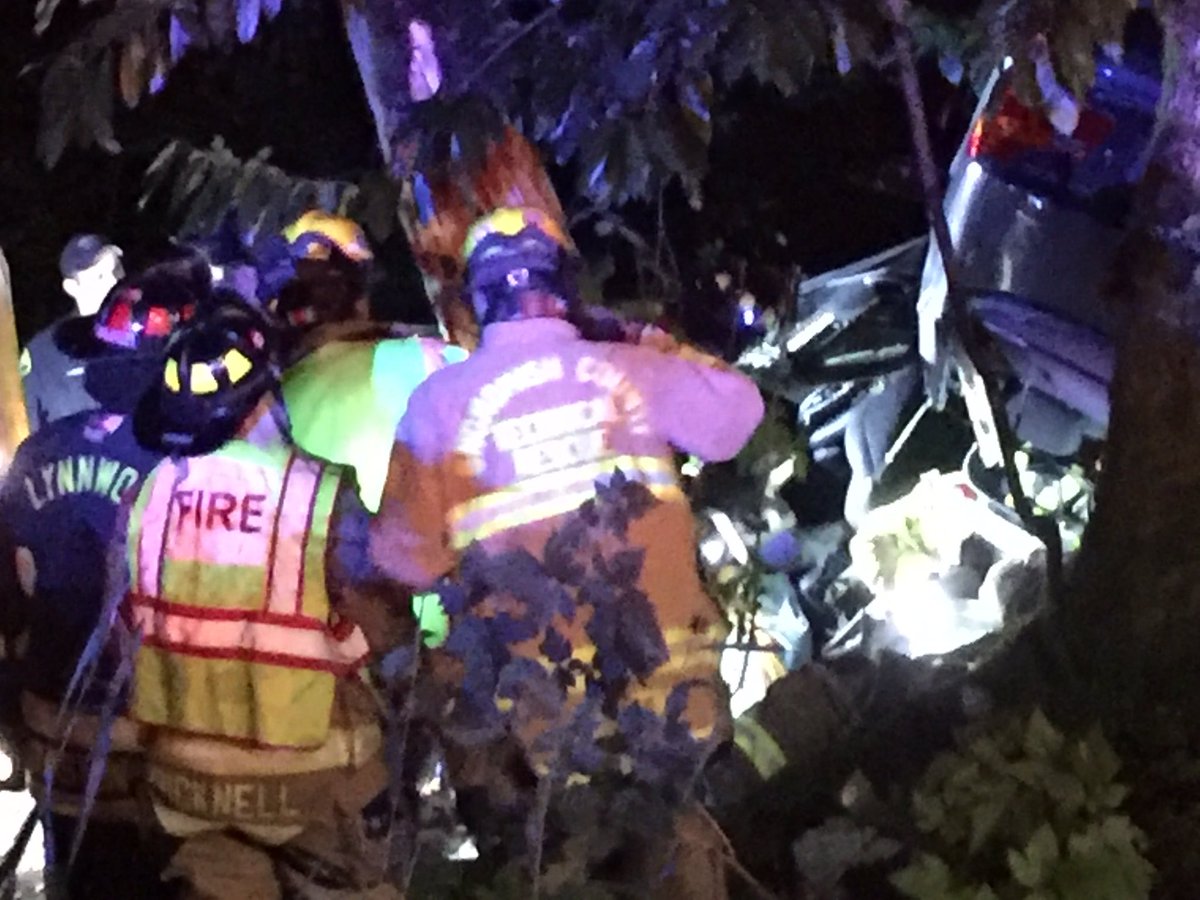 According to MyEdmondsNews.com, a group of five teenagers was driving eastbound on Olympic View Drive at approximately 11:30 p.m. in a late-model BMW sedan. Police believe the driver failed to negotiate a hairpin curve and lost control of the vehicle, causing it to exit the roadway and strike a tree in the ravine.

“A passenger from the vehicle had waved down a passing motorist who called 911,” said Edmonds police spokesperson Shane Hawley. “Five people were in the car at the time of the crash, all under the age of 18. Two of the teens were already fatally wounded when officers arrived. The other three were taken to Harborview Medical Center with non-life threatening injuries. Speed appears to be the primary factor in the collision.”

Olympic View Drive In Edmonds Is A Dangerous Road For Speeding

The road, which is set in a heavily wooded area, is known to locals for its sharp curves and posted 20 mph signs.

“We’ve lived here for years, and are always careful on this section of roadway,” said resident John Quick, who lives near the scene of the crash. “It’s a 20 mph curve for a reason.”

Some news reports have suggested that the teens were driving upwards of 70 mph at the time of the collision, though Hawley did not mention that in his official statement to the media.

Loved ones have set up a GoFundMe account for the surviving family of one of the boys killed in the crash. Our thoughts and condolences go out to the grieving family.