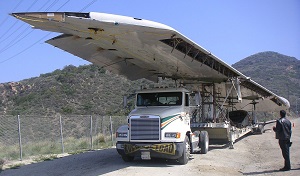 Wednesday morning commutes were interrupted when 2 semi trucks crashed into one another. The collision backed up traffic ten miles, or from Wild Waves to Tacoma, according to one reporter. News outlets are just now confirming that the wreck has been cleaned up.

One of the trucks was hauling lumber. Its cargo was thrown across the roadway contributing to the delay in traffic. Diesel fuel was also spilled across the roadway. It's unclear which truck was responsible for this major fuel leakage.

As of this writing, no injuries have been reported.

The investigation of the collision is ongoing, but currently no organization has put forward a theory of the accident. Relevant authorities will still have to question the drivers involved in the wreck, but because no casualties have been reported, liability might be easier to determine.

Fuel spills have their own implications, and might involve other governmental regulatory agencies to step in and inspect the scene of the collision. Additionally, the semi trucks were near a weigh station. Is there a common rule of thumb, what organizational research calls a 'heuristic,' that could have prevented this accident so near a way station?

Might this trucking accident, and the many others like it, have been prevented by stricter semi truck regulation enforcement? What do you think?