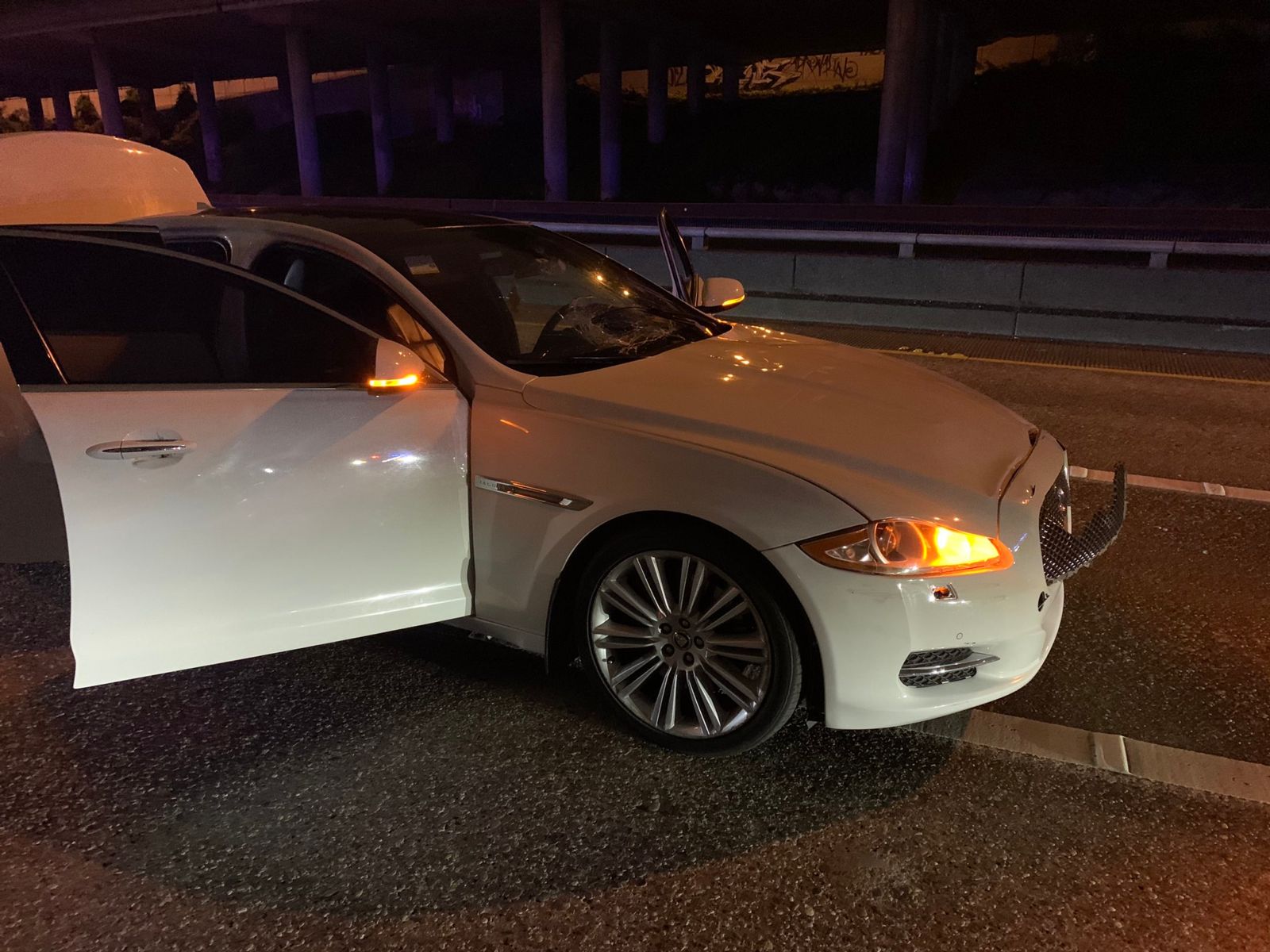 A man drove through barricades and past road closed signs before striking two protesters on I-5 in Seattle, killing one and severely injuring another.

The driver continued on to I-5 after State Patrol had closed the section of the freeway down due to ongoing protests as well as make shift barricades of vehicles before meeting with the group of protesters.

The driver was then seen fleeing the scene, until eventually stopped by witnesses who pursued the vehicle after the collision.

The driver responsible has been booked into king county jail and according to Washington State Patrol Captain Ron Mead, could face various charges depending on the outcome of their investigation. At a sentencing hearing on Monday the driver was charged with two cases of vehicular assault.

At this time the drivers motives are not known but state troopers have indicated that the driver appears to have entered the freeway going the wrong way on a ramp and passed a barrier before striking the protesters.

The injuries suffered from a pedestrian accident can be severe and above certain speeds are often lethal like this collision was for one victim in this crash.

The victims in this crash likely face a complicated legal proceeding with an outcome dependent on several factors outside of their direct control including the ongoing investigation into the driver responsible, the results of the criminal case against the driver, and the insurance they carried.

While pedestrians legally should not be gathered on an open freeway, the ongoing protests that have been taking place in downtown Seattle had resulted in the closure of the section of I-5 where the collision took place nightly for more than a week leading up to the crash.

Protestors on the freeway had lead the Washington State Patrol to close that section of the freeway earlier that evening, and had signage and ramps closed, preventing a driver from entering. The driver in this case reportedly drove the wrong way on a ramp to enter the closed section of road, meaning that while it could be argued that protesters were not supposed to be on the road, neither was the driver, and comparative negligence laws could apply.

Drivers in Washington state are required to carry a minimum amount of liability insurance, that coverage does not cover what would commonly referred to as "intentional acts," including road rage or any other purposeful attack intended to cause harm to an individual.

If an investigation were to uncover that the driver responsible for a crash drove with the intention of harming a person, then there is a chance that the liability insurer for the driver could be denied for the victim(s). At this time the driver's representation appears to contend that the incident truly was an accident and that he is even sympathetic to the cause, which could actually improve the chances of being eligible for liability coverage.

Victims in any kind of an accident can pursue damages from any number of different parties who's negligence may have contributed to their injuries and other losses, including municipalities, manufacturers, or any other individuals or entities involved.

The results of the ongoing investigation into the driver as well as dedicated investigations into the actions of all parties on the night of the incident could uncover negligence on the part of additional parties or not.

Unfortunately, the complex circumstances surrounding this incident mean any claim on behalf of those injured will likely be equally as complex and challenging, and any recovery would be dependent on their legal teams ability to investigate and understand all facets of the incident. An in-depth investigation into all parties involved can be time consuming and expensive but the difference between pursuing one party for damages or several could be the difference between a $50,000 recovery and a  $5,000,000 recovery.

After any serious injury or death accident, choosing the right path to recovery is the first step to a successful personal injury claim, which is why the attorneys at Davis Law Group are always willing to work with victims through the recovery process until we achieve the best possible recovery.

Davis Law Group offers free case evaluations for victims of serious accidents to help victims understand their best route to recovery and what to expect through the process.

If you or a loved one have been injured in an accident you can call 206-727-4000 or use the chat or contact options on this page to request your free case evaluation 24/7.