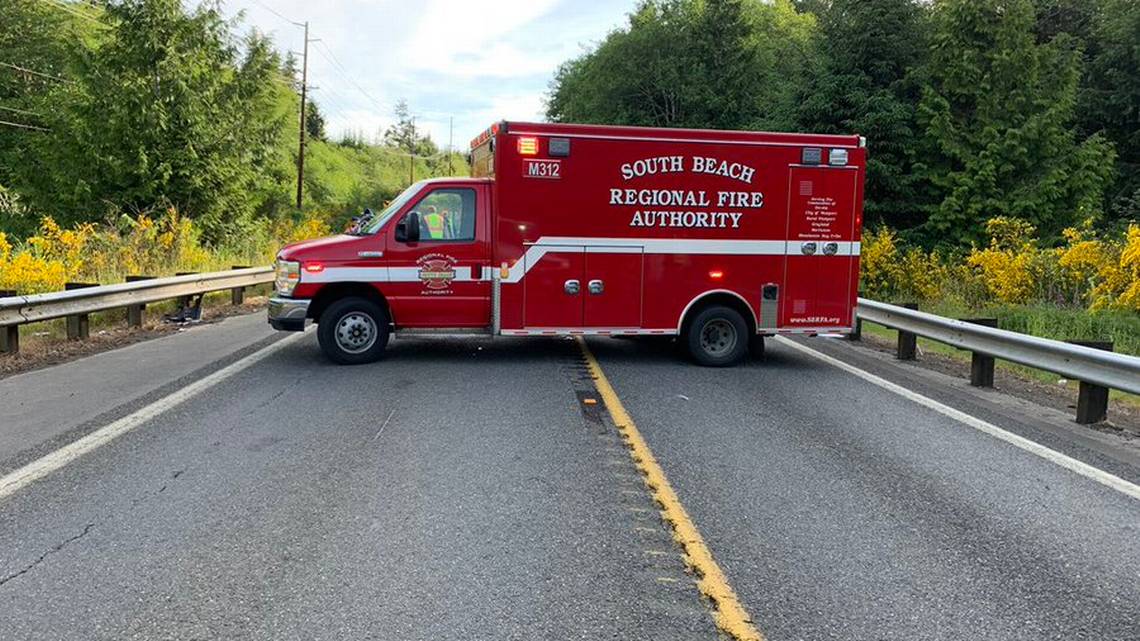 Two people are dead after a truck headed eastbound on highway-12 lost control of its trailer causing it to strike two vehicles.

State Patrol arrived at the scene around 6:00 p.m. Thursday evening after the F250 lost control of the trailer it was hauling causing it to fishtail into the westbound lanes where it would strike two cars in oncoming traffic.

The drivers of both vehicles struck were pronounced dead at the scene and a passenger from both the pickup and one of the vehicles that were struck were both injured as well.

After fishtailing and striking the westbound vehicles the pickup along with its trailer and the two vehicles struck all came to rest on the westbound lanes when crews arrived.

Investigators were at the scene for more than five hours after the collision as officials look into what may have caused the crash.

Every driver on the road has a duty of due care to both their passengers, fellow drivers, and pedestrians they may encounter on the road. That duty includes safely and responsibly handling their vehicle, and any load they may be carrying as well.

A driver's duty while on the road is not necessarily to be perfect in all situations, but to act with reasonable care, simply meaning to act as what could loosely be defined as a reasonable person would in any given situation.

What this means is that while a driver is not responsible for not anticipating an unpredictable circumstance or perfectly navigating a sudden and hazardous change in road conditions, they are expected to prepare for and act reasonably in any circumstance that could have been reasonably expected which includes actions taken when securing a load.

Ensuring a trailer is in good working order is certainly while within what could be considered the standard of reasonable care, however, it is possible the investigation at the scene could uncover details of a mechanical or electrical failure beyond what could have been reasonably detected or corrected prior to the truck getting on the road that morning.

Additionally, the distinction of whether or not the truck was a commercial vehicle or a personal one could have a significant impact both on the scope of liability for the damages as well as the amount of negligence at play and the amount of settlement funds available for the victims' families.

There is no such thing as a simple wrongful death settlement process, no easy way to place a dollar amount on the actions that took a loved one away, but especially after collisions like this one involving potential commercial liability and multiple accident victims, it is crucial to speak with an experienced team of wrongful death attorneys and understand your rights and the path for your claim.

Davis Law Group has been serving the families of accident victims in the state of Washington for more than 25-years and our staff of skilled and experienced car accident attorneys know what it takes to get accident victims the recovery they deserve.

To request a free case evaluation from the team at Davis Law Group, call 206-727-4000 or use the chat or contact options on this page 24-hours a day, seven days a week.