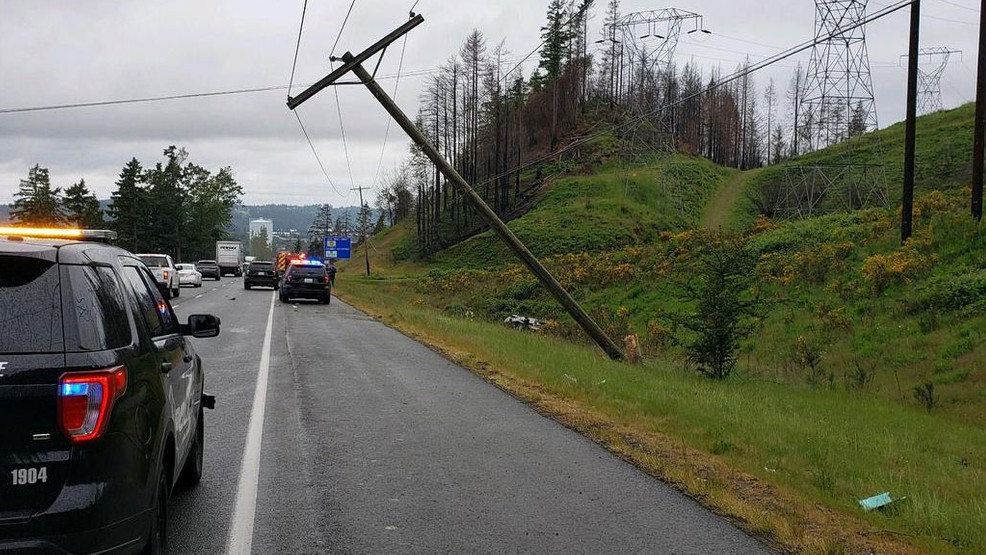 Two people were injured after a road rage incident Tuesday morning on State Route 410 in Bonney Lake that left the westbound lanes of the highway blocked.

Washington State Patrol responded to reports of a serious crash east of Myers road around 10:30 a.m. where troopers and medics discovered a damaged vehicle with two people inside who were transported to the hospital. The second vehicle involved in the incident fled the scene and has yet to be found.

The power pole and some power lines are now leaning over the westbound lanes, kept the road closed for an extended period of time.

Road rage can be incredibly dangerous on our roads and particularly on our state's high-speed roadways like highways and state routes like this where the consequences of even a minor driver error can be life-altering.

Unfortunately, road rage and fleeing the scene can go hand in hand as is the case with this collision, leaving the two injured parties without a third party to hold accountable or attempt to claim a recovery from.

The passenger from this collision may have an additional source of recovery that the driver of the crashed vehicle does not however as there could be a case made for comparative negligence splitting the liability between the two drivers, meaning that even if the driver of the second vehicle is not identified, the passenger could attempt to claim a percentage of the damages they sustained from their driver's insurance.

A passenger in someone's vehicle has the same rights to recovery as anyone else on the road after a collision caused by their driver and as such, they could have a viable claim for whatever percentage of their damages their driver is found to be at fault through comparative negligence negotiations.

These negotiations can be complex, intensive, and expensive, drawing on expert witnesses to help testify to show that a driver was or was not liable and can take years to settle or require taking to trial or arbitration.

If you or a loved one have been injured in an accident and have questions about the recovery process or how best to handle your claim, the experienced team of accident attorneys at Davis Law Group are here to help, with free case evaluations for accident victims and their loved ones.

To request your free case evaluation today call 206-727-4000 or use the chat or contact options on this page.