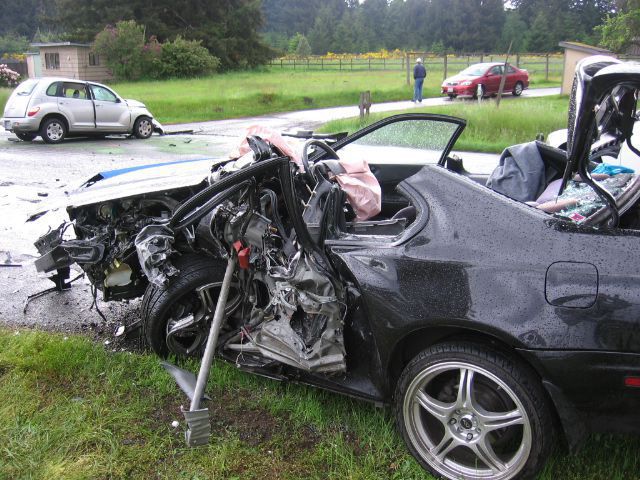 A 19-year old resident of Olympia, Joseph P. Bidot was killed in a car accident at approximately 5:17 p.m. yesterday going eastbound on Yelm Highway. Bidot was driving just east of Spurgeon Creek Road SE in a 1994 Honda Prelude when he crossed the double centerline and hit a 2007 Chrysler PT Cruiser that was going westbound.

Medical personnel announced Bidot dead at the scene of the car accident.

The driver of the PT Cruiser is a 32 year-old from Tumwater. He was transported to Providence St. Peter Hospital with severe injuries.

Both drivers were wearing their seat belts and alcohol nor drugs seem to be factors in the collision. The cause of the accident is still unknown and is currently under investigation.