1 Dead After SUV Destroyed by Semi in South Seattle 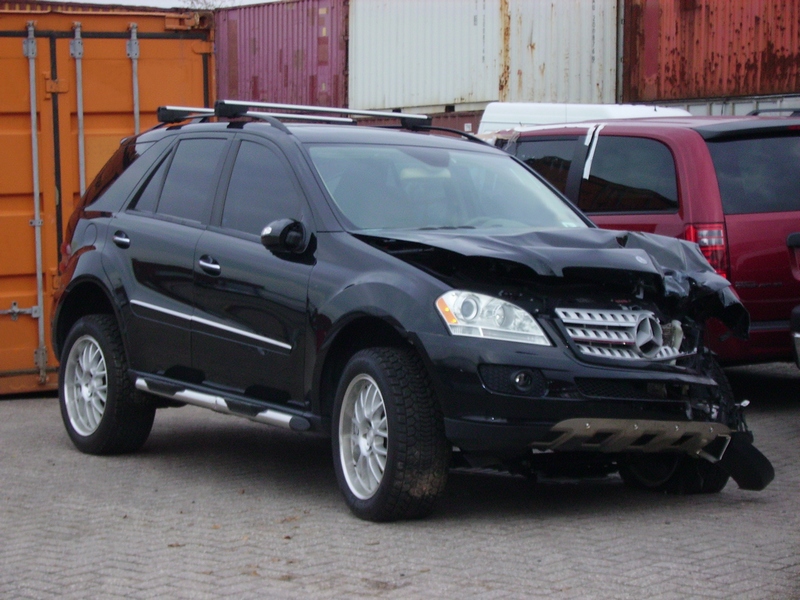 A Mercedes SUV collided with a Semi Truck on Airport Way South Tuesday morning, killing one and critically injuring a second person in the SUV.

According to KOMO reporting driver of the SUV was allegedly fleeing the scene of a police stop that took place around the 1000 block of 4th ave.

The SUV was speeding away from the scene when it rear ended a parked vehicle before continuing until it collided head on with the semi several minutes later.

The driver of the semi-truck was not injured, and the identity of the those injured/ killed in the crash, or their relationship to each other, have not been made public at this time.

Unfortunately, it appears this horrific collision could have been easily prevented if one driver did not decide to take their own life, the lives of everyone else on the road, and the life of their passenger, into their own hands and put them at risk by fleeing law enforcement.

Speeding, fleeing a traffic stop, fleeing the scene of a different accident, all lead up to this driver making a fatal error that thankfully did not cost anyone outside of the vehicle their lives.

It is not known if the deceased in this accident was the driver, or passenger of the fleeing vehicle but at this time it has been reported that the surviving individual still faces life threatening injuries.

Whether the passenger in this crash was the injured party, or found to have deceased at the scene, the questions of liability and complicity on their part at this time do not have a clear answer.

Regardless of why the vehicle was fleeing the officer, or the identities or records or those in the car, the passenger, or their loved ones, may face a potentially complex case to make a recovery against the driver of the SUV.

Understanding the relationship between the driver and the passenger would be an important piece to paint a picture of what was taking place in that SUV leading up to the crash.

Was the passenger involved in whatever lead the driver to decide to flee the officer at the scene?

Were they a family member, spouse or a child?

Were they even aware of whatever caused the driver to decide to flee, did they encourage it?

Unless dash camera footage and or audio from the fleeing SUV is recovered, we may never know exactly what took place in the fleeing SUV, but answering just a few of these questions could lead to insuring the passenger is able to make a recovery.

When pursuing a recovery, it would be incumbent on the defense to prove that the passenger was in some way complicit or otherwise personally liable for the harm they suffered in the accident.

Working with an expert team of car accident attorneys like the team at Davis Law Group would be crucial to ensure that insurance companies do not take advantage of the situation to try to avoid paying out a recovery.

The Davis Law Group has worked with hundreds of accident victims over more than 20-years and has the knowledge and experience to guide clients of all kinds through the complicated settlement process and come out successful on the other side.

If you or a loved one were hurt in an auto accident, call 206-727-4000 or use the chat or contact options on this page to request a free consultation with the personal injury lawyers at Davis Law Group today.