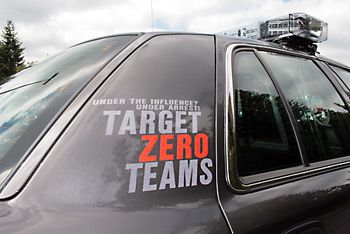 August has historically been one of the deadliest months for drivers to be on the roads in Washington state, and that alone could be the reason for the Washington Traffic Safety Commission’s latest “Drive Sober or Get Pulled Over” campaign that ran from August 16 through September 2.

Funded by a grant from the Washington Traffic Safety Commission (WTSC), law enforcement agencies all over the state spent the second half of August patrolling the state of Washington in hopes of removing as many drug and alcohol impaired drivers from the roadways as possible. In 2011, drunk driving accidents resulted in more than 150 deaths in Washington state.

The extra DUI patrols are part of the WTSC’s Target Zero campaign, which aims to eliminate deaths and serious injuries from car accidents by the year 2030. For more information about the Target Zero campaign, visit www.TargetZero.com or head on over to the Washington State Traffic Commission website.

The full media release, as announced by the WTSC, is available below:

The results are in from the recent Drive Sober or Get Pulled Over DUI enforcement campaign conducted from Aug. 16 through Sept. 2.

In King County, preliminary numbers show that 292 motorists were stopped and arrested for driving under the influence of alcohol or drugs, and statewide, law enforcement officers arrested 1,420 drivers for DUI. Last year in King County during the same time period, officers on routine and extra patrols arrested 374 people for DUI.

These patrols are important because August is one of the deadliest months on Washington’s roadways, including all causes of traffic fatalities.

These and all extra patrols are part of Target Zero—striving to eliminate deaths and serious injuries from auto accidents in Washington by 2030. For more information, visit www.targetzero.com. Additional information on the Washington Traffic Safety Commission can be found on the website, www.wtsc.wa.gov.