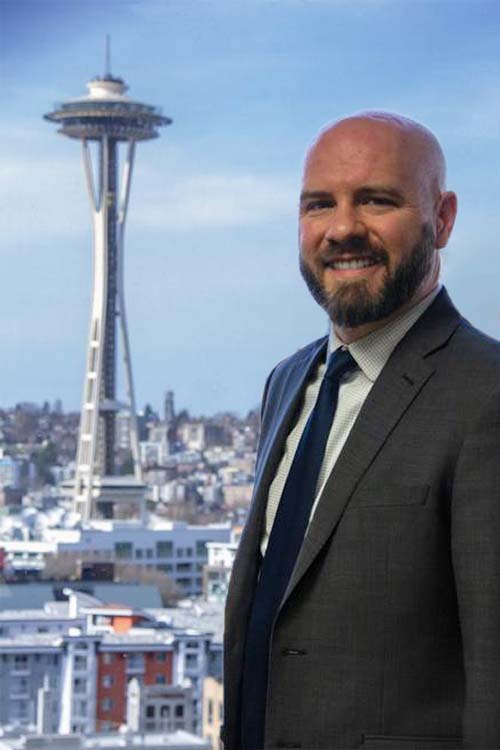 Colin Hutchinson-Flaming joined Davis Law Group in 2020 after previously working on both the plaintiff and defense side of personal injury and insurance litigation. Colin is licensed in Washington state and has extensive experience repreesenting insurance companies and plaintiffs in serious injury and wrongful death claims.

Colin began his legal career at the Lane County Prosecutor’s Office with the Prosecution Clinic, where he quickly gained invaluable courtroom experience handling felony drug possession and domestic violence matters. He also served as a clerk in the Office of the United States Trustee.

He then moved on to defending insureds and insurance companies at the respected firms of Mary E. Owen & Associates and Tyson & Mendes (fka Bendele & Mendel).

Colin later decided to transition to plaintiff's personal injury work at Phillips Law Firm so he could help those injured and wronged at the hands of others. Davis Law Group was excited to have Colin join our award-winning team in 2019.

Colin's knowledge of insurance defense strategy is an invaluable asset in representing victims of serious accidents and their families. His experience helps clients achieve the best possible results at arbitration, mediation, and trial.

In his spare time, Colin and his wife enjoy traveling, cooking, Seahawks games and spending time with one another and their dogs.  Colin played on the University of Washington's Men's Ice Hockey team. While in law school, he served as a Senior Editor of Oregon Review of International Law.